skip to main | skip to sidebar

There is a channel that starts near a place known as the Pet Cemetery, it flows until you get to Baby Beach.  Here are a few pictures and video I took. 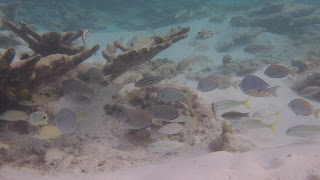 One day I saw a sting ray, so I followed it with my camera.  I wasn't wearing fins because of the need to walk from time to time, so I did my best to keep up.

Fish hiding under the coral. 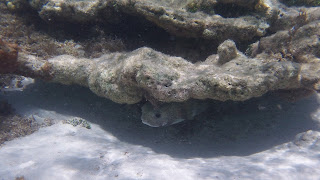 I don't know the names of the fish, I just know if they are pretty. 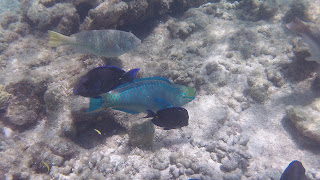 The fish under the coral? He let me get a close up. 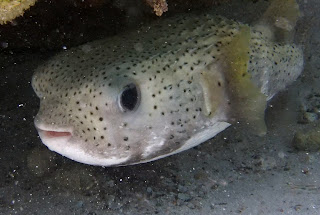 There are a number of hermit crabs around.  This is a hermit crab checking out a larger shell.  It happens that I saw the larger shell a couple of weeks before I took this picture and decided not to take it home, just in case.  Sure enough, it is being investigated for a new home.  (And yes, this is under water, in about 6 feet of water.) 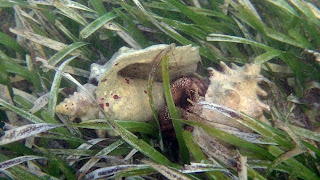 There are eel around, at least that's what I think this is. 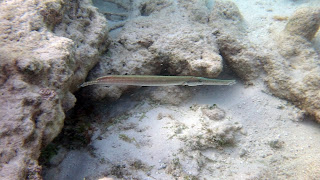 I see a lot of these fish around. 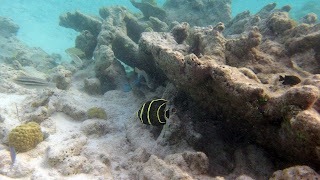 I don't see too many of these black and white fish and usually they hide quickly. 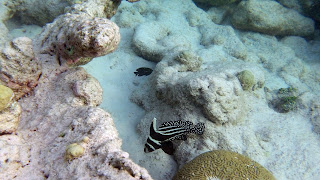 This uninteresting spherical blob is actually a type of coral.  This one is about 2 feet across. 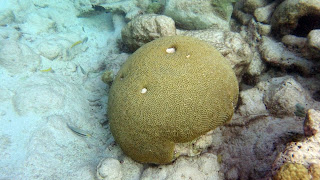 This post has video clips we took of the Carnvial parade in San Nicolas.  Most groups had some sort of band on the back of a big truck.  They pumped out the tunes in ear damaging decibel levels.

A few weeks ago it was Carnival.  They take it seriously here.  We were told there was a pajama parade at 4 a.m. in San Nicolaas.  We figured life is short, so we went and took a few pictures.  The main parade was to start in the afternoon at 2 p.m.  We went about 4 p.m. to a place near the end of the parade route.  After watching for an hour or so, we left.  It was all the enjoyment we could tolerate at one time.  So, here are a few pictures. 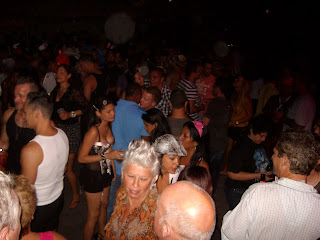 There didn't seem to be a pajama parade, but there was a crowd.
Besides all the crazy people, there was lots of loud music.

And here are a few pictures from the afternoon parade: 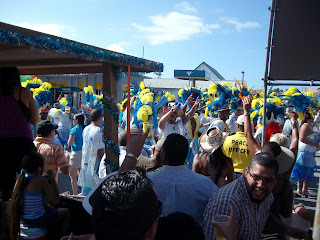 Notice all the drinks?  I was kindly offered a couple too. 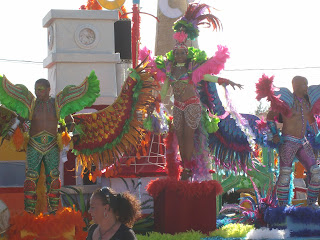 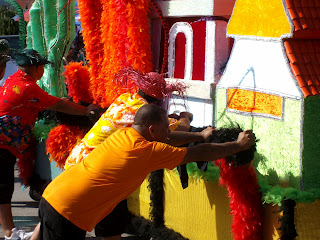 Then we saw the power behind the floats. 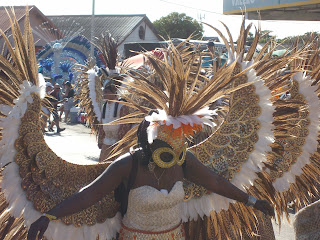 This group represents the small owls that are found on the Island. 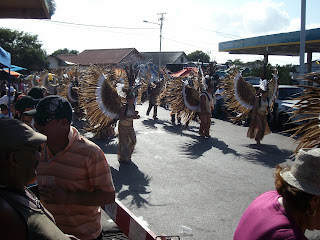 Each group had lots of people in them. 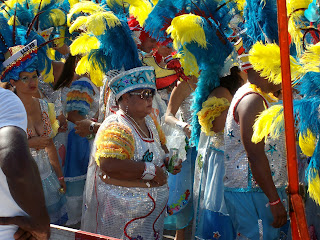 Apparently, anyone who wanted to be in a Carnival group, could be.
(And yes, that is a beer in her hand. It was hot, and they said it took three hours to walk the route.) 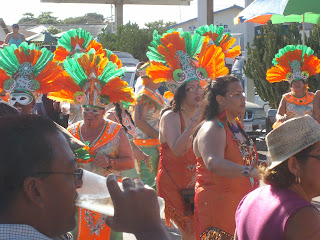 Entry requirements were only limited by desire.
(Lower left, a very common scene.) 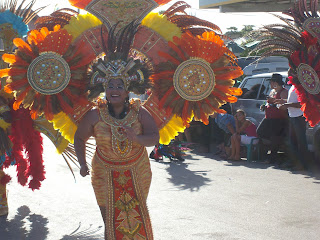 But the costumes were fancy and elaborate. 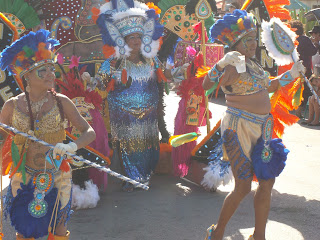 This group represented the natives that once lived on the Island. 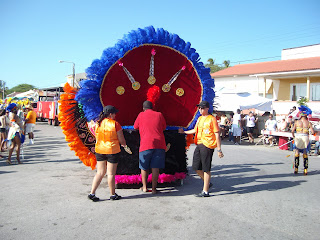 Again, the the real power behind the parade.

Posted by Marty and Peggy at 10:32 AM No comments:

Like this picture, you always try to stay in the background, but we still notice your gentle kindness anyway. You care about family and family traditions, you care about the gospel, you are kind to your fellow man, and you will go above and beyond to make sure no one goes wanting.

We especially appreciate you last year for your calming spirit. You were there as great grandma was making her earthly transition. You took time off when there was no vacation left to sit with her and soothe her aches by touching her forehead. She said she needed your calming spirit, and you were there. Hour after hour. We can't tell you how much that was appreciated. Thank you is all we can think to say.

We appreciate how gentle you are with all your children, your nieces and nephews, and your friends' children. They love being around Uncle Jell-o.

Thanks for helping us move when you were working so much overtime. We appreciate all that you do. It's usually done in secret, and you are usually in the background, but we appreciate your quiet support.

Happy Birthday, and this saying is a family tradition, "You are very old."
Posted by Marty and Peggy at 3:35 PM No comments:

We love you very much. We hope you have a wonderful 8th birthday!

We like that you love your remote controls. We've seen them in your hand since you were six months old! The great thing about those remotes is that you knew how to use them from close to the age you were in this picture! You have been a computer genius almost since you were born!

You were our family's miracle baby, and we are so glad you are here. We love you more than anything we can think of. Have the best birthday ever!

One of the things we like about you is your kindness to children. This picture is of you and Camryn around 2002. This picture shows your countenance as we see it. We like that you never met a stranger, like your maternal great-great-grandfather, Hoken, and your paternal great grandfather, Basil. You can meet friends wherever you go. We like that you are confident, kind, caring, and cute. An alliteration, since alliterations are sounds, not letters according to Wiki. We like how you are so helpful to others, fixing things for people, going the second mile for them (the neighbors, and old ladies, and old neighbor ladies, and people with English language questions where you make their cell phones work, and your installing things and fixing of things).

Good luck with your studies, we are rooting for you! We hope you like the snow right now.

Posted by Marty and Peggy at 11:50 AM No comments:

One day, this nice little bird was singing to us while we were on the patio.  As soon as Marty got the camera going, he gave one more whistle, then went silent.

Posted by Marty and Peggy at 7:17 PM No comments: